How to Enter BIOS Menu in 3 Simple Ways 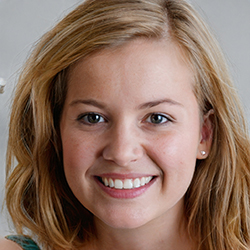 We are always talking about the new updates and features but tend to ignore the most important yet basic components of the computer. After pressing the power button of your PC, BIOS is the very first operation that is responsible for loading your OS and other essential configurations.

Common users generally find it confusing to distinguish between BIOS and UEFI. Sometimes you have to make manual changes to the BIOS, and this is why you must read this article for a better understanding of BIOS operations. You will also get a brief overview of the difference between Legacy BIOS and UEFI.

The BIOS, or Basic Input Output System, is a computer program that manages the most basic functions of your computer. It’s what boots up when you turn on your desktop or laptop, and it’s responsible for “talking” to all of the hardware components inside to get them ready for action.

Once in a while, a new BIOS update will release that fixes bugs and introduces new features while improving performance. Running outdated BIOS might not seem like such a big deal on its own, but if one part of the system isn’t working well, it can drastically decrease overall performance and stability.

Unified Extensible Firmware Interface or UEFI performs the same functionality as BIOS, but the major difference is that data about startup and initialization is stored in the .efi file, and it does not store on the firmware as BIOS.

What is Legacy BIOS?

Legacy Boot refers to the boot process used by the BIOS firmware to initialize hardware devices. The Legacy BIOS provides a slightly different interface and has a number of limitations compared with UEFI. While the interface is largely similar, it lacks some of the more advanced features found in UEFI, like the ability to fine-tune boot settings.

How to Enter BIOS Menu?

Every computer manufacturer has dedicated BIOS keys to enter the setup. You might have seen technicians using keys like F10, F2, F11, and F12 to enter BIOS. So, here is the BIOS keys chart for the popular computer and laptop brands.

Depending upon the make and model of your computer, laptop, or motherboard brand, you can use the right BIOS keys to enter the BISO menu. This chart has all the details on whether you want Lenovo to enter BIOS or Dell to enter BIOS keys.

With the faster startup speeds, using hotkeys to enter the BIOS menu seems quite difficult. For Windows 10 and Windows 11, you can enter BIOS using the start menu. Here are the simple steps for this method:

Note: For Windows 7, Vista, and XP

For the Linux modern versions, you need to enter BIOS settings manually. If you are using Ubuntu, you can type “sudo systemctl reboot –firmware” in the command prompt. This command will take you to the BIOS settings for Linux.

What to Do When BIOS Key Not Working?

Sometimes despite trying the said methods, BIOS does not start. What to do if you are unable to open BIOS? Here are some possible issues and their solutions in case BIOS settings are not opening.

If you are one of the millions of computer users, you should invest the little time necessary to learn how to enter and edit BIOS. This will allow you to take charge of your PC and change the way it operates. By running outdated BIOS, you will be missing out on all the new features that are regularly added by manufacturers.

Bad BIOS could also render your computer useless and even not able to start up at all. Fortunately, there exist methods that can help you resolve this problem and get your computer up and running again. In conclusion, it’s wise for users to learn how to enter BIOS so they can have a better experience operating their computers.

April Ashley
April Ashley, young but professional and passionate in science and technology field, has been working for six years till now. Concentrating on studying Windows and Excel problems, she is dedicated to serving more people who have difficulties in this area.